Update 2010-2-04: A lot of the information below is out of date. There is an update here: Wisp Screencasts. 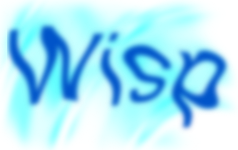 This is a project I've been wanting to do for some time, and I finally got around to doing it. I spent the last few days implementing my own lisp interpreter in C. Today, after sinking in about 48 hours of work, I believe I completed enough of it to consider it in a working state, with a code base stable enough that other interested people could contribute. It was really exciting to see everything come together today.

You can make a clone of the Wisp repository with Git. Go ahead; don't be shy,

It doesn't use the readline library or one of it's clones to make a nice interaction command line, so it's a good idea to run it with rlwrap. That's what I've been doing. If you plan on writing Wisp code in Emacs, putting this in your .emacs will give you all the syntax niceties,

You should also be able to run it as an inferior lisp and send code to it like a normal lisp. I haven't done this yet myself.

I think the name is apt, because it really is a wisp of a lisp. As of this writing, it weighs in at 1500 lines of code and is still very feature-light. I haven't actually read any material about writing lisp interpreters, so I've been winging it based on my experience with it. It's already taught me a lot of subtle things about lisp that I hadn't been aware of before.

Right know it's very simple. It doesn't yet support any syntax beyond parenthesis (no ' quoting). No closures. No garbage collection, as I'm still working out how I'm going to do that. Dynamically scoped, since that's a lot easier to do. And, like Scheme, it's a lisp-1, meaning functions and variables share a common namespace. I hope to expand it to include some features from other lisps like Arc (particularly the anonymous function syntactical sugar), Common Lisp, and Scheme.

However, it does have already anonymous functions, which many popular languages still don't have. :-) It's far enough along to let you define crazy stuff like this,

Which you can call, interactively in this case, like so,

Because there's no garbage collection yet, it leaks memory like a sieve. For garbage collection, I think I'll do a mark-and-sweep, marking objects based on their reachability from the symbol table. That still leaves some corner cases — such as worrying about objects in limbo in the evaluator — that I'm not sure about. I need to be careful not to free objects still in use. Still working that one out.

It has the multiplication, addition, subtraction, and division implemented, as well as the greater-than and less-than operators. Lisp macros are implemented. A number of special forms are defined, like let, if, set, defun, defmacro, car, cdr, not, progn, lambda, and while. All of the predicates are implemented. It has a C interface, which is how all the above got defined. I already have some functions and macros defined in terms of Wisp code, too. Most of the needed functions at this point are trivial to add, though a bit tedious, so I'm mostly trying to focus on the core parts of the interpreter right now.

It's amazing how much the internal code looks like lisp written in a C dialect. I have CAR and CDR macros defined, which get used all over the place, and code frequently uses them to walk lists like lisp code would.

The core struct that everything works with the the object struct. It's defined as such,

The type_t field comes from this enumeration,

The type indicates what type of data the void pointer points to, making it sort-of polymorphic. Note the CONS type, the cons cell, used to create lists,

There's the familiar car and cdr pointers. There are a bunch of helper functions to manipulate and build these. For example, c_cons() creates a cons cell,

Look familiar? Yup, that's the lisp cons function. Since the nil symbol is available in C code as NIL you can chain these together in C to make a list,

Since that's so cumbersome to write out, there's a parser that can read nice lisp code and use all those same functions to make the lists. Hence, the lisp reader.

If you want to help, it's pretty easy to add more CFUNCs, C functions that are exposed to Wisp lisp code. Right now, I'd like to expose the whole C math.h library, provide a nice I/O interface, and expose a bunch of string functions. The TODO file in the repository contains more things to be done.

Wisp will probably be getting it's own "project page" here at some point in the future. When it does, I'll update this post to point to it.

Oh, and I decided to make this available under a 2-clause BSD license, so someone could easily plug it into another program as an extension language (once Wisp has matured first, of course). That would be cool.