Now that I've learned how to make effective use of Fluxbox I can't help but think that a disheartening mistake was made years ago when the window manager concepts were established. Just like title bars and the iconic minimize, maximize, and close buttons, I think tabs should have been a staple of all window managers, with a common accompanying API. This is the Great Tab Mistake.

Tabs are now an important feature of browsers, and is probably where tabs have the most recognition among casual computer users. You'll also find them in some terminal emulators, text editors, spreadsheets, and word processors.

I don't really know much of the true history of tabs, but this is my guess. Tabs really made their big debut in the browser wars of the 1990's. The web browsers of the day competed for market share, two of them in particular. Just as you'd expect many kinds of competing software, they differentiated themselves on features (which actually still causes problems to this day).

One major feature to pop up was tabbed browsing. Exploring the hyperlink graph of the web from multiple positions at once became a lot cheaper with tabs. The only way to do it otherwise would be to open multiple windows, which required interacting with the frequently clumsy windowing systems (i.e. alt-tabbing). Even though the web is an arbitrary directed graph, in practice we explore its hierarchical sub-graph tree.

With only one page open at a time, there's a lot of backing in and out to explore the full hierarchy. It's more of a depth-first search. Easy to get lost. 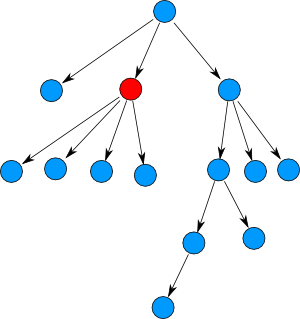 With multiple pages open in different tabs, we have a hold of several points of the hierarchy at once. We can advance further down each part of the hierarchy, creating more page instances as needed, at leisure. It's more of a breadth first search. 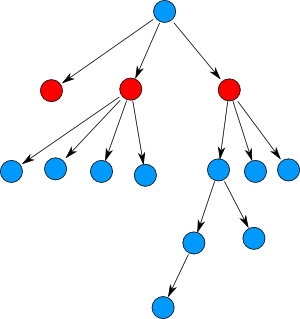 However, the early tab paradigm was flawed, which may have party caused the Great Tab Mistake. Though this flaw was has recently begun to be corrected with newer browsers like Chromium. The tabs are meant to analogous to the tabs in a real-world booklet. The tab hangs off the end and switching tabs changes the entire page. Those early tabs were placed below elements that were tied to the page, particularly the address bar. Changing tabs changed content above and below the tab.

These tabs were too low! They should have been higher, just below the title bar, if not part of the title bar itself. This brings me back to my point: tabs are really a feature of the window manager, because it's really a way to manage separate, but associated, windows!

Why am I only realizing this now? One of the features of Fluxbox is tabs as part of the window manager. Any window's title bar can be dragged into another window's title bar and they'll be combined as a single tabbed window. Key bindings can be assigned to move between tabs in the same way as a browser. If Firefox had hooks into this system that would allow me to substitute window manager tabs in place of its tabs, that's definitely what I'd be doing. Instead, I've got two different tab systems serving the same purpose.

Why have everyone re-invent the wheel, each with their own quirks and configuration, that is redundant with a system that already exists solely for that purpose? It's a mistake!