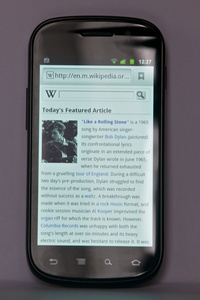 I mentioned a thought to a co-worker about taking a smart phone back in time 50 years to the 1960’s, the very early days of computing. A consumer smart phone, a ubiquitous battery-powered device today, has many orders of magnitude more computing power than was available to all humankind at this time. Not to mention the amount of digital storage would be unimaginably huge. It would likely be the single most valuable device on Earth. If it goes back just a couple more decades it would significantly impact the events of World War II. What would the engineers of a half-century ago do with it?

I like to assume that it had no useful software installed, so it’s just the advanced hardware. I guess time-traveling erases digital storage in this scenario. Suppose the engineers of the day could work out a way to interface with it electronically using the technology of the time — something that I believe would be very difficult considering the bandwidth and speed of the interfaces — and use that interface to program it. Outside of study, some of the hardware would be pretty useless, such as the H.264 decoder/encoder, wireless radios (what would it talk to?), and probably the graphics chip, but the CPU would definitely be useful.

This was a time before mice, monitors, conventional operating systems, and all the modern computing paradigms. Not only was the computer hardware primitive but so were the concepts about computing. I imagine they would build and run the same sort of timesharing operating system that existed at the time. They would probably attach thousands of typewriter-based consoles to this one smart phone so that several buildings worth of people could make use of this one smart phone. Picturing in my head all these old-timey typewriters attached to a cell phone is amusing. 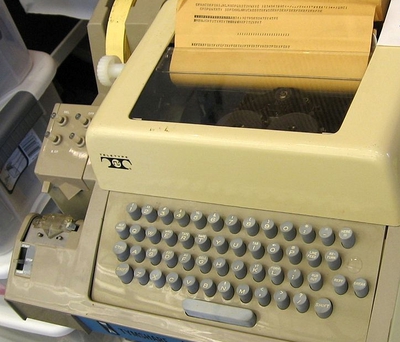 My co-worker said that there needs to be a word for this. Specifically, if you use time-travel to benefit yourself in some other time period. For example, something like the word “nepotism”: favoring relatives because of their relationship rather than their ability. I came up with the word autoism for this.

Fortunately or unfortunately, the technology needed in order to actually practice autoism, time travel, doesn’t currently exist, so the word will only be useful in science fiction for the time being.