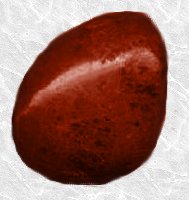 If you are at all familiar with Dungeons and Dragons, you may have already heard of the stories of The Tale of Eric and the Dread Gazebo by Richard Aronson and The Head of Vecna. These are real classics. Read them now, if you haven't already, before you go on. If you are unfamiliar with tabletop role-playing games you should go learn a little about them first.

I would like to share one of my Dungeons and Dragons stories. It won't be anywhere as interesting as the two stories I mentioned, but I have gotten some laughs out of people I tell it to.

Back in my college days, a friend was running a 3.5 campaign and asked me to join in. The other players had rolled up their characters and done a couple practice sessions before I joined, so I was jumping into a group that had already had their start.

It was an evil campaign. Everyone in the group was either evil or neutral. We were serving some kind of evil sorcerer. I felt that being evil allowed much more variety of play and usually gave us more freedom in the game world than being good. If things started to get dry, someone would do something stupid like burn down the nearest town inn. The lawful evil characters weren't so happy about this, though.

I rolled up a chaotic evil half-orc barbarian named Gnohkk. I was lucky on my rolls and had some wonderful stats, so he was very big and strong. Gnohkk started with a two-handed axe that contained a magic fire gem in its head. After some training he was able to cause a fiery explosion at will centered at the location of the fire gem. If an untrained character wielded the axe, upon striking anything he would have to make a saving throw to prevent an explosion.

Because Gnohkk would also suffer from the explosion, this wasn't terribly useful at first, except against targets particularly vulnerable to fire, like trolls and magic trees. The training was mainly to make the axe usable.

At some point during the campaign the party got a hold of a ring of fire resistance, which was then used by Gnohkk. With this ring he was invulnerable to his own explosions, making the axe very powerful. The ring also provided a handful of simple fire spells that made combat more interesting.

Sadly, not long after the ring was found the fire gem axe chipped broke. Before discarding the broken axe, Gnohkk carefully removed the fire gem for safe keeping.

After an intense battle against some type of monsters with big horns, Gnohkk found himself a nice metal helmet. He also managed to scrounge up 10 horns from the monster corpses, which gave him a great idea. When the party got to the next town, Gnohkk visited the blacksmith, and requested to have him affix the 10 horns around the outside of the helmet. In the front of the helmet he wanted to have a socket created and the fire gem embedded inside it. The blacksmith said it would take a couple of days.

I was hoping this giant helmet would make Gnohkk more intimidating. So far in the campaign, every time he had attempted to intimidate an NPC he failed his rolls and came off looking stupid instead.

So, this was pretty cool: a giant horned helmet with a gem in the front. With the helmet on, Gnohkk could explode into a ball of flames at will and without warning. What a wonderful toy for a chaotic evil!

When Gnohkk returned to the blacksmith a couple days later he found the shop was destroyed. Some of the walls remained, the roof was gone, and weapons and tools were thrown all over the area. The blacksmith's charred body had been dead for some time. However, the helmet was completed and basically intact. Gnohkk shrugged, grabbed the helmet and left, all without having to pay a single copper to the now dead blacksmith.

We figured out later what happened (the GM probably just told us). Gnohkk failed to tell the blacksmith about the properties of the gem. When the blacksmith tapped the gem into the socket, the fire gem activated and exploded, killing him and destroying his shop.