Two years ago I posted about making movie montages with mplayer, and one of the movies I did was the original Tron. Since then the 30-years-later sequel came out, Tron: Legacy. The original post has pulled in a lot of hits in the last few months from people looking for Tron-themed wallpaper, so I may at well follow it up with a new image. I think the comparison between the old and new is interesting, because color plays an important role in the Tron world. Here's the original Tron montage again. As before, each row is one minute of film. 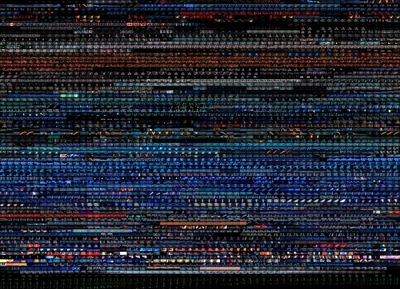 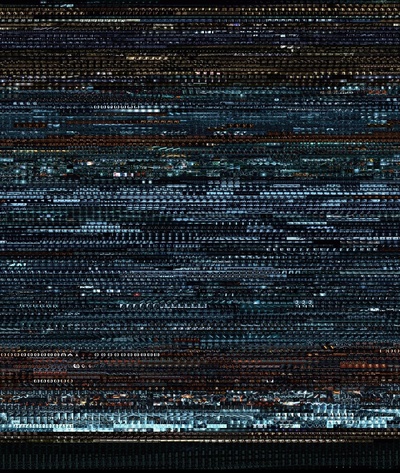 The most obvious difference is that the the sequel is much longer. The color blue continues to be a prevalent theme, though I'd say the sequel's blue is more "serious." Both entered the computer world about the same amount of time into the film, and because the sequel is longer it has a larger portion of the film taking place there. Both have an increase in antagonist red just before the end, for the Boss Battle.