The Physical Analog for Encryption is the Hyperdrive

I was recently watching GetDaved play through X-Wing Alliance, a game I myself played in college. I have a lot of nostalgia for it, especially because TIE Fighter was the first games I ever invested a lot of time into playing. Just hearing the sounds and music brings back relaxing memories.

In one of the early missions the player travels through hyperspace (which ain’t like dusting crops) to a storage area located in deep space. It’s a family business and the player is out there to take inventory of storage containers. Like when I saw the wormhole minefield in Deep Space 9, it got me thinking, “Why?” Why keep all these storage containers in deep space? There’s no defense or security out there to stop someone from stealing containers. It seems like it would be better to store those at the home base where they can be protected. 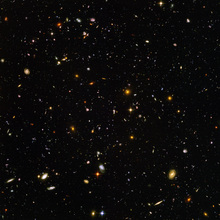 Storing items at random locations in deep space is actually very secure — more so than any lock! Space is huge. Even with faster-than-light travel searching a galaxy for a storage location would be impractical. It would be as impractical as using brute-force to find an encryption key — another huge search space. Also, if the storage location as been in use for X years, you’d need to come within X light-years of it, at least, in order to find it, since even gravity itself is limited by the speed of light.

Physical locks are usually described as the physical analogy of cryptography. Honestly, it’s not a very good analogy. The brute-force method for bypassing a lock isn’t to keep trying different keys or combinations until it works. No, it’s to just smash something (a window, the lock) or pick the lock. When translated back into the crypto world that’s like breaking a cipher, which isn’t a practical attack in modern cryptography.

No, the physical analogy for cryptography is deep space storage. The only practical way to access deep space items is to learn the coordinates of the storage location, which is the equivalent of the encryption key. If the coordinates are lost or forgotten, the items are as good as destroyed, just like data.

There are actually some advantages of physical “encryption.” Ciphertext can be decrypted offline without being detected. It’s not possible to visit deep space storage without having a physical presence, which is certainly more detectable than offline decryption. There’s also the advantage that it’s somewhat easier to tell when the key (location) generation algorithm is busted or you’re just bad at picking passphrases: someone else’s stuff will already be there. A literal collision.