For more than a decade now, Emacs has come with a built-in Tetris clone, originally written by XEmacs’ Glynn Clements. Just run M-x tetris any time you want to play. For anyone too busy to waste time playing Tetris, earlier this year I wrote an autotetris-mode that will play the Emacs game automatically.

Load the source, autotetris-mode.el and M-x autotetris. It will start the built-in Tetris but make all the moves itself. It works best when byte compiled. 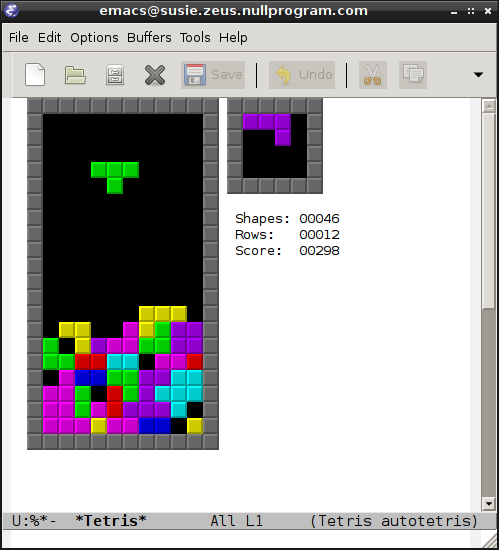 At the time I had read an article and was interested in trying my hand at my own Tetris AI. Like most things Emacs, the built-in Tetris game is very hackable. It’s also pretty simple and easy to understand. Rather than write my own I chose to build upon this one.

It’s not a particularly strong AI. It doesn’t pay attention to the next piece in queue, it doesn’t know the game’s basic shapes, and it doesn’t try to maximize the score (clearing multiple rows at once). The goal is to continue running for as long as possible. But since it’s able to get to the point where the game is so fast that the AI is unable to move pieces fast enough (it’s rate limited like a human player), that means it’s good enough.

When a new piece appears at the top of the screen, the AI, in memory, tries placing it in all possible positions and all possible orientations. For each of these positions it runs a heuristic on the resulting game state, summing five metrics. Each metric is scaled by a hand-tuned weight to adjust its relative priority. Smaller is better, so the position with the lowest score is selected.

A hole is any open space that has a solid block above it, even if that hole is accessible without passing through a solid block. Count these holes.

Add the height of the tallest column. Column height includes any holes in the column. The game ends when a column touches the top of the screen (or something like that), so this should be kept in check. 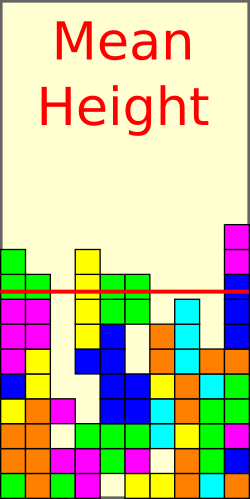 Add the mean height of all columns. The higher this is, the closer we are to losing the game. Since each row will have at least one hole, this will be a similar measure to the hole count. 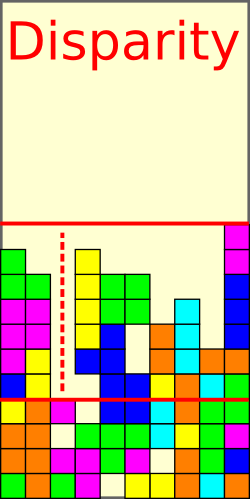 Add the difference between the shortest column height and the tallest column height. If this number is large it means we’re not making effective use of the playing area. It also discourages the AI from getting into that annoying situation we all remember: when you really need a 4x1 piece that never seems to come. Those are the brief moments when I truly believe the version I’m playing has to be rigged. 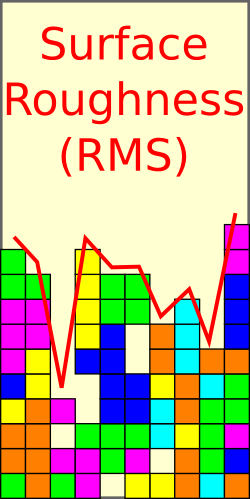 Take the root mean square of the column heights. A rougher surface leaves fewer options when placing pieces. This measure will be similar to the disparity measurement.

With a position selected, the AI sends player inputs at a limited rate to the game itself, moving the piece into place. This is done by calling tetris-move-right, tetris-move-left, and tetris-rotate-next, which, in the normal game, are bound to the arrow keys.

The built-in tetris-mode isn’t quite designed for this kind of extension, so it needs a little bit of help. I defined two pieces of advice to create hooks. These hooks alert my AI to two specific events in the game: the game start and a fresh, new piece.

I talked before about the problems with global state. Fortunately, tetris-mode doesn’t store any game state in global variables. It stores everything in buffer-local variables, which can be exploited for use in the AI. To perform the “in memory” heuristic checks, it creates a copy of the game state and manipulates the copy. The copy is made by way of clone-buffer on the *Tetris* buffer. The tetris-mode functions all work equally as well on the clone, so I can use the existing game rules to properly place the next piece in each available position. The game’s own rules take care of clearing rows and checking for collisions for me. I wrote an autotetris-save-excursion function to handle the messy details.

The kill-buffer-hook variable is also cloned, but I don’t want tetris-mode to respond to the clone being killed, so I clear out the hook.

That’s basically all there is to it! While watching it feels like it’s making dumb mistakes, not placing pieces in optimal positions, but it recovers well from these situations almost every time, so it must know what it’s doing. Currently it’s a better player than me, which is my rule-of-thumb for calling an AI successful.